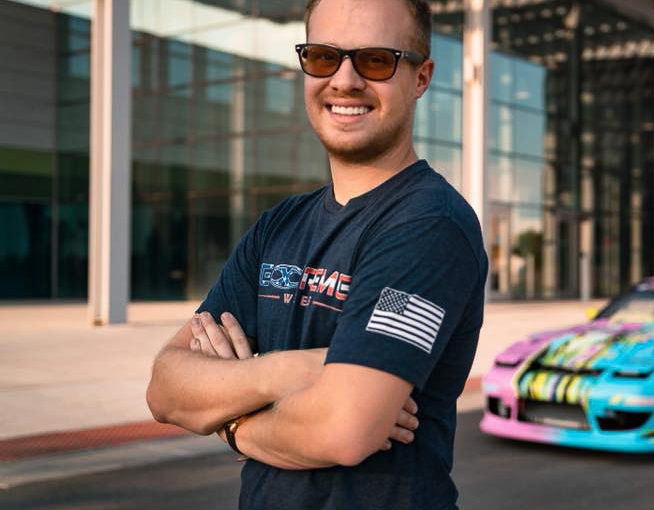 Brighton, Mich. – Lingenfelter Performance Engineering is excited to announce a new partnership for 2019, welcoming Andrew Schulte as an official driver and member of Team Lingenfelter. Andrew, driver of the number 216 “Itasha” style S13, now powered by Lingenfelter will be competing in Formula Drift Pro 2 for the 2019 season.

Born and raised in Cleveland OH, currently residing in Phoenix Arizona, Andrew has been drifting for over 7 years! Andrew earned and received his Formula Drift Pro 2 license in 2017, by finishing 3rd in the southwest drift series.

The car itself is not your typical GM chassis that we are known to build engines for! This 1993 Nissan 240sx has been heavily modified to equip an LS engine. Andrews’ S13 will be getting a new heart, a Lingenfelter LS7 for his rookie year in Formula Drift Pro 2.

Drifting rewards stylish driving, but also a stylish vehicle presence. As you can see from the photos below, this S13 does not look like your typical everyday racecar. A special theme and highlight in Andrews’s vehicle presence is the Anime. Anime is a large part of the Japanese culture, where drifting originally started. Andrew decided to style his car accordingly, allowing for a drastic color combination that really catches the eye out on the track!

Andrew will compete at all four rounds of Formula Drift Pro 2, as well as a few other major events throughout the year, such as LS Fest and Gridlife! We look forward to having another Team Lingenfelter driver represent the brand in the Formula Drift community, alongside Dirk Stratton, Formula Drift Pro Rookie of the Year for 2018! Lingenfelter is eager and excited to expand our presence in Formula Drift. Welcome to the Team Andrew! 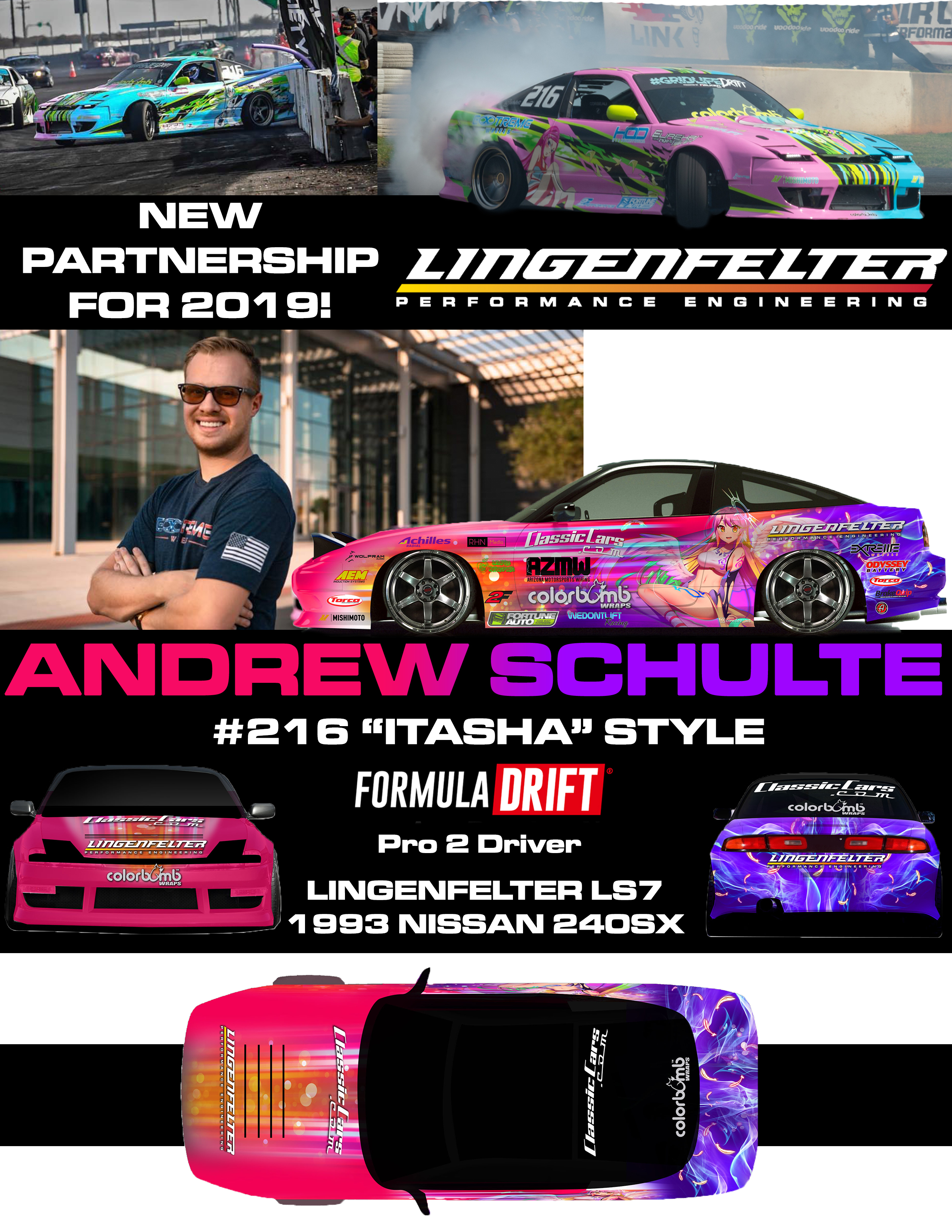