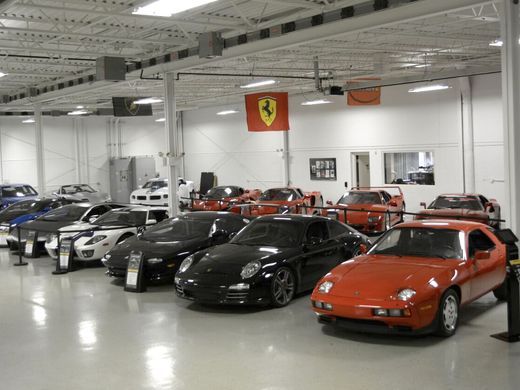 An open house featuring performance-car builder and enthusiast Ken Lingenfelter’s massive collection will showcase around 175 cars and raise money for cancer research. About 30% of the cars in the collection are muscle cars, 30% Corvettes and 40% drag- and road-racing cars from the Lingenfelter family’s history of competition and building mega-horsepower specialty cars.

One-of-a-kind models and rare vehicles from the 1950s to today will include Lingenfelter’s personal La Ferrari, a million-dollar hybrid sports car, one of just 500 ever sold. Other Ferraris in the collection includes an Enzo and 280 GTO.

Lingenfelter also has a Lamborghini Reventon, one of just 20 sold by the other Italian exotic brand. Lamborghini named the 6.5L V12 coupe after a Mexican fighting bull that killed a famous matador in the ring in 1943.

Other rarities on display will include:

The sole surviving supercharged 1953 Chevrolet Corvette
A Bugatti Veyron, the 1,000-horsepower car that revived a legendary brand
A Ford GT from the car’s 2005-6 generation
A Vector, one of just 50 of the aircraft-inspired “American exotics” built in the 1980s and ‘90s
Alfa Romeo 8c Competizione, the car that began Alfa’s rebirth a decade ago
Cars built by Lingenfelter Performance Engineering include a 2002 Corvette that hit 60 m.p.h. in 1.9 seconds racing the U.S. Navy Blue Angels down a runway.

“If it’s a nice day, there will probably be a lot of great cars to see in the parking lot,” as owners bring their favorites to the show, Lingenfelter said

The open house raises money for the American Cancer Foundation. There’s no set admission charge, but donations of any amount are welcome at the door.

“We’ve got a steady crowd in and out all day,” Lingenfelter said.