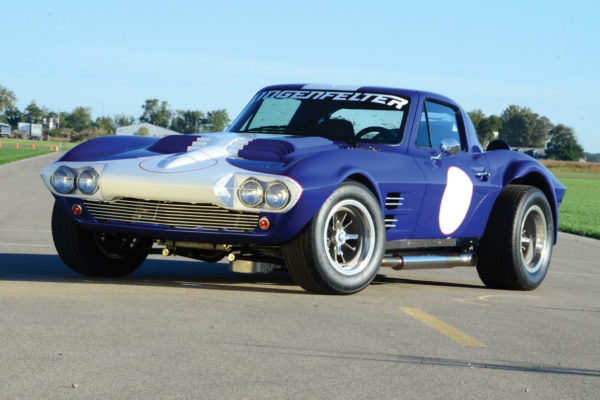 On the shortlist of the most valuable and significant Corvettes ever built is undoubtedly the ’63 Grand Sport.

Called “The Lightweight,” it is substantially lighter than a factory Corvette, with an ultrathin body and modified chassis. After being fitted with a hot, Weber-carbureted mill, the Grand Sport became virtually unbeatable on the track. For a brief, shining moment at Nassau Speed Week 1963, it proved to be superior to both Shelby’s vaunted Cobra and other GT-class cars and racing prototypes.

Curiously, reproductions of Zora Arkus-Duntov’s remarkable design are not as common as Cobra replicas, even though the Grand Sport was one of the few race cars to ever best Shelby on the track. Superformance is one of the few firms carrying the torch onward, producing a replica that improves on the original, refining a raw-boned racer for the street.